Imagine Jane Austen dabbling in science and steam technology. Then imagine P.G. Wodehouse suddenly dropped vampires into the Drones Club. The Parasol Protectorate books are the resulting progeny. Beginning with Soulless, this series is composed of five books chronicling the exploits of Alexia Tarabotti, a lady of considerable assets including large Scottish werewolf, battle-parasol, gossip, and treacle tart tendencies. Oh yes, and she has no soul.

These books have been translated into 14 different languages, turned into graphic novels, and been optioned for TV. They have made appearances on the Mass Market, Manga, Combined Print & eBook, and eBook New York Times best seller lists. They were originally released in the USA as mass market paperbacks and then in trade size. 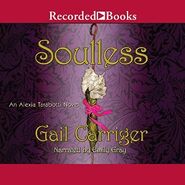 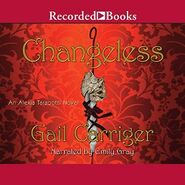 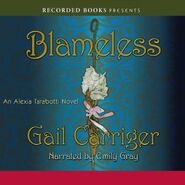 All of the Parasol Protectorate books are available as a download from Audible in the US and UK territories. Soulless was an Audible Sleeper Hit! The first three Parasol Protectorate audiobooks were produced by Recorded Books, the last two audiobooks were produced by Hachette Audio. All five have the same reader, Emily Grey. It is difficult to get hold of a CD copy of some of them.

Not available in your country? Gail's agent explains why.

Italian and Spanish editions of the Parasol Protectorate are unlikely to continue to be published for legal reasons.

Would you like to find foreign translations? They occasionally turn up on Amazon and Gail donates all of hers, signed, to the Worldbuilders charity.